The daisy, one of the most beloved flowers amongst flower lovers, is the birth flower of April. They are simple yet sophisticated and are commonly found all across the globe. Innocence and modesty are the virtues associated most with the daisy, largely because of its daintiness despite the boldness of its colors. Epitomizing childlike joy and playfulness, this April birth flower captures the essence of spring’s happy- go-lucky, forever young attitude. 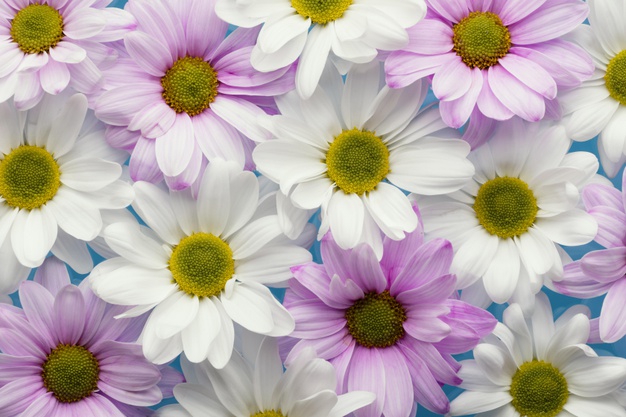 The name ‘daisy’ comes from the Anglo Saxon words ‘daes eage’ which mean ‘day’s eye’. This is due to the fact that the flowers open at dawn, right when the day is about to begin. The flowers originated in Europe, but now they are grown throughout the world. The 14th century English poet, Geoffrey Chaucer, called it “the empress, and flower of flowers all.”

Daisies are perennial bloomers, meaning they bloom yearly. Daisy is actually not a singular flower. Daisy is made up of two flowers, namely disk floret and a white ray floret. It is a perennial plant which has evergreen leaves. Daisy flower plant has a prostrate or spreading growing habit. The daisy can grow about 12 inches tall and its evergreen leaves form a rosette or tuft at the base. The stalks of the flower are about 3 to 4 inch long, which is more than its leaf length. White daisy is the most common one but they also can be found in yellow, purple and red, along with various shades in between.

Daisy leaves are edible, hence are often used in salads. The flower itself can be used to make herbal tea and honey. Florists love to use lots of white and yellow daisies when making bridal bouquets. Daisies arranged in woven baskets are also very popular. The astringent properties from common daisy were used in traditional medicines. Daisies normally do not need any fungicides or pesticides as they are not very often bothered by disease or insects. Some of the most popular plants in home garden are in the class of the daisy flower. The plants have earned their popularity indoors and outdoors by their attractive blooms and their ease of growth.

Daisies represent purity, loyal love and are symbol of innocence. They also symbolize new beginnings. The flower is also said to be the ultimate symbol of inner sanctity. The plant was revered by the Church as the Virgin Mary’s flower and that is why pictures of the Virgin Mary were often decorated with daisies. It was also believed by some people that after the death of a person, a daisy flower begin to grow on its own if the deceased had been a good man. The daisy is a fertility symbol in both the Christian and pagan traditions. A crown of daisies and wheat (symbolizing purity and abundance) is worn in Greek marriage ceremonies.

In some regions, daisy flowers are also known as ‘thunder-flowers’, this is due to the fact that the peak blooming season for these flowers is summer, when thundershowers occur very often.  In earlier days, maidens wore daisies to decorate their hair. Till today, a daisy flower is used by many people to express the language of love in a special way and it is commonly related to the fifth wedding anniversary. The “she loves me, she loves me not” famous method of pulling petals from a flower to tell love’s fortune was first used with the daisy. 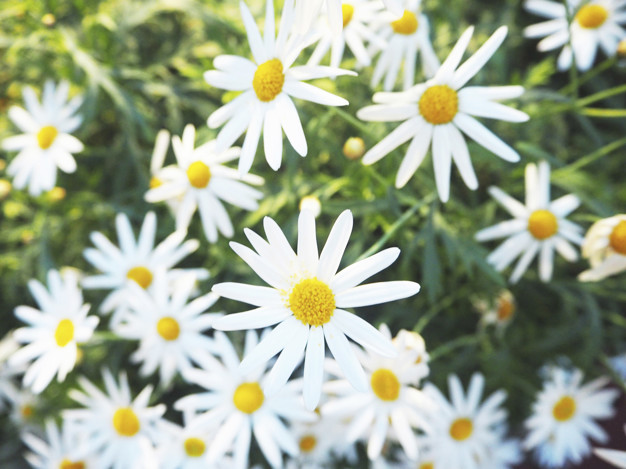 Gifting daisies to someone for whom you possess romantic love signifies loyalty and affection. A common daisy used in floral bouquets and arrangements is the Gerbera Daisy, a large striking flower that comes in a wide variety if color variations.

Email us on: [email protected]

Flora2000 is the World’s premier international floral gifting brand. We feature a beautifully illustrated avant-garde collection of exquisite arrangements, especially suited for creating unforgettable moments for the special people. For over a decade, Flora2000 has transformed fine flowers into artistic expressions of mesmerizing beauty. Elegant design, personal care and the finest quality come together to offer you stunning floral arrangements for those special occasions. With a distinguished nationwide presence in the US, India & UK, we also deliver in over 190 countries. Our mission is to make floral gifting a personal, convenient and an exclusive experience.
View all posts by Flora2000 →
This entry was posted in All About Flowers, Gifting, Meet the Florists, Occasions and tagged mothers day bouquet, mothers day flowers, mothers day roses, send flowers mothers day, send mother's day flowers. Bookmark the permalink.

One Response to DAISY! The Demure April Birth Flower