x
Our Guarantee
Refund
or ReplaceKnow More
Secured
Transactions
FAQ’sFind Answers
Here
Special OffersClick here for
Super Savers
Experience FLORA2000
SELECT COUNTRYx
Because You Just Can’t Afford To Be Late!
HOME > BENIN > ANNIVERSARY
HOME|ABOUT US|HELP|MY ACCOUNT|CONTACT US|SECURE SITE|REFUND POLICY|PRIVACY POLICY|BLOG|AFFILIATES
An Anniversary is the most popular occasion celebrated by lovers worldwide & sending anniversary flowers & gifts is the most important elements of an anniversary. We all agree that Romance is incomplete without Flowers & a Wedding Anniversary is the most important celebration for couples to express their everlasting love. 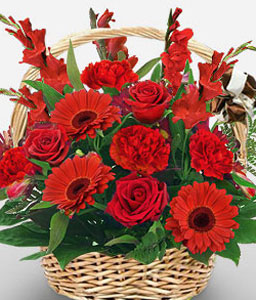 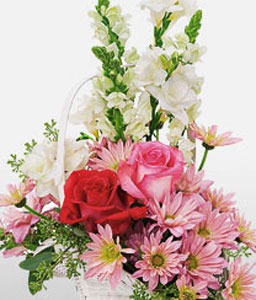 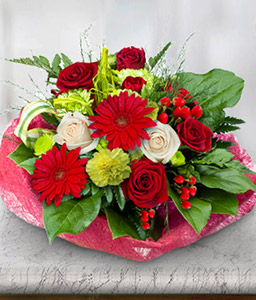 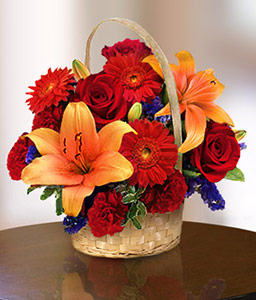 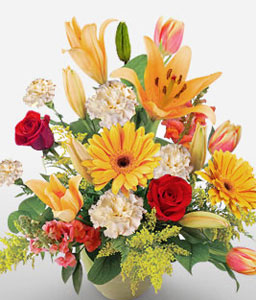 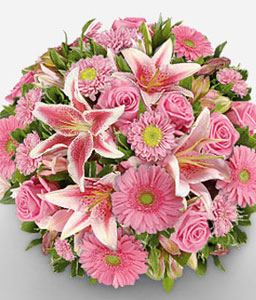 Order
$ 104.99
Over 2 Million Served, Since 2004 - Customer Testimonials
Thanks a lot Richard. I have recommended all my Relatives & Friends to use your Super Services with the Beautiful Floral Arrangements. Your prices are Great, plus you ship around the world. I was really happy to have found you. So, I have told not only people from the USA, but also China, Europe & Australia about FLORA2000.com, EXCELLENT COMPANY!!!
Jerry Rodrigues - United States - September 06, 2012 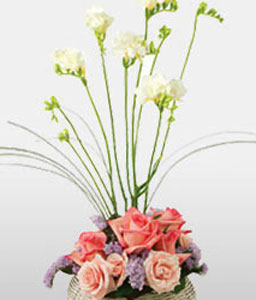 Roses And Lilies Arrangement In A Basket 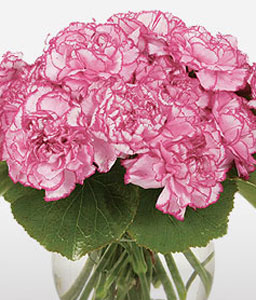 The Benin Collection The world's most sought after luxury floral ensembles are now available in a vase near you at surprisingly affordable prices and with an extended array of Gifts! Featuring international brands, sleek designs, clean cuts, and elegant accessories - our chic international ensembles have been thoughtfully crafted to suit urban sensibilities. Gift in style and choose from our vast collection of Flowers, Hampers, Soft Toys, Perfumes etc.

How do i send International Flower Delivery to Benin?

Flora2000 has transformed International flower delivery to Benin into a fine and effortless art. With our efficient flowers & gifs delivery services worldwide; you are sure to find the perfect expression of your message to your loved ones. Be it Roses, Lilies, Carnations or Cakes, our gifts are sure to make both the sender and the receiver happy. We make sure the gifts you give reflects what you feel about the receiver.

Sending Flowers To Benin- Check The Common Occasions For Gifting!

The diverse culture and beliefs of Benin make it an interesting destination for travelers. People in other parts of the world have different perspectives of Benin, but it is known for Voodoo, which is believed and followed by more than 50% of the population. A considerable number of people here follow Islam and Christianity too. If you know someone here and want to send flowers to Benin, here are some occasions to consider.

1. Voodoo Day. Celebrated on 10th January, it has the vibe of Christmas for the locals. The day is all about big celebrations, and people often step out and mix with the community. Some of the local ceremonies may not be for the faint hearted, but this is a good time to send a gestural gift to someone. If you are unsure of what to gift on Voodoo Day, flowers are considered to be a good choice. Benin florists will accept orders in advance, and you can place a booking online.

2. Gelede Festival. This festival is dedicated to the mother of the house, and is a great day to celebrate & show respect to female elders. Think of this as an equivalent to Woman’s Day, but in the traditional day. While the locals prefer to have community festivals, with men dancing to please and amuse women, you can send in a bouquet of respect.

3. Christmas. A considerable part of the population follows Christianity, and it is not surprising that Christmas is a big event here. You can order flower delivery to Benin anywhere in the last week of December as a gift. All kinds of flowers are acceptable, and there no fixed norms, at least not at the country level. You can send flowers, selected gifts and other products around New Year’s Eve too.

4. Ramadan. Around 20% of the population are Muslims. Islam followers celebrate Ramadan month of fasting, which ends with Eid. It can be considered a nice gesture to send in flowers and dry fruits to someone you may know. Keep in mind that gifting rituals can vary from one part of the country to another, so consider a mix of flowers, if you are not accurate about what to choose

5. Special days. Flowers can be sent all internationally important days, such as Valentine's Day, Mother's Day, and Woman's Day. Even by local beliefs and customs, sending flowers on birth of a child or for a wedding is appreciated. Anniversary and birthday flowers can be anything of your choice – no specific rules, as such.

Sympathy flowers following someone’s death can be sent to grieving family anytime after the funeral is over. As we had mentioned earlier, the rituals can vary and the local people have their own customs and beliefs. You can also send a wreath to the funeral home.

Sending flowers to Benin doesn’t have to be complicated. Just check for florists, find the arrangement of flowers or ready bouquet you like, and place an order – Flowers are always a symbol of true feelings for an occasion.